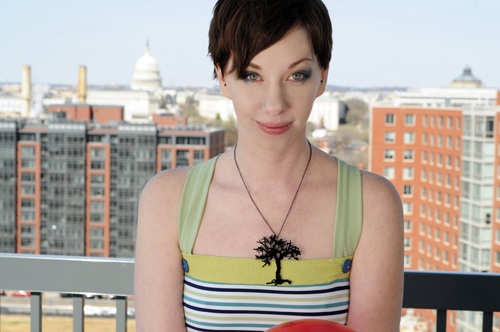 Living Happily Ever After

Once upon a time there was a girl and a boy, their eyes met and everything drifted away but the two of them. They fell in love and lived happily ever after.

No, that wasn’t how it happened. Let’s start over.

Once upon a time there was a girl and a boy, they happened upon each other and she knew that he was her one true love. They fell in love and…

No, no. That’s not right either.

Once upon a time there was a girl whose life was unraveling and a boy who tried to fix it. He fell in love, but her heart didn’t quite echo his, and she stayed until she learned to listen to the whispers of her heart.

And she lived happily ever after.

Yes, this is the story I want to tell. I was 20, a junior in college, living in one of those on-campus apartments that everyone seemed to congregate to. There were four of us assigned to the space, but more often than not there would be seven or eight people staying within those walls, depending on who was dating who and who was in town.

One day I came home and there was a boy sitting in one of the chairs, watching TV or talking. Something about him caught my eye. I plied one of my roommates with questions, they were friends and I wanted to find out who he was. She told me his name was Mike.

One thing led to another as it often does, and Mike and I started dating. We were always together, shared meals, watched movies, went places. It was exhilarating, I was so happy, heady in love. After a while, though, I felt crowded. I didn’t say anything because I didn’t want to hurt his feelings. He was happy, you see. I didn’t know how to tell him that I needed just a bit of space to recharge.

I was falling apart and had no clue how to make things right again.

You see, during those first months of us dating, my father was being treated for lung cancer. I watched him get thinner and thinner, lose his hair, I listened to his voice get weak and raspy, I saw him lie in a hospital bed after they removed his lung and I was so scared. All the time, I was so scared.

In the months between my dad’s surgery and his death, Mike would make the trek to my house, he was living an hour away and still in school, I’d moved home so that I could help take care of my dad. He would randomly bring over surprises or flowers, or something he thought would brighten my day.

The only constant I thought I had was Mike.
He was my best friend and he took care of me.

He also dealt drugs.
He lied to me constantly.

That was when I knew I needed to leave, that the relationship had to end.

I’d known that for a while, that was a secret my heart had been whispering to me. I’d ignored that quiet voice inside my heart, I kept telling myself that things, and he, would change, but they never did. He never did.

These months were what taught me to always trust my intuition, always stand fast with its knowledge held inside of me.

When I ignore it, it’s like I can’t breathe. There’s something caught inside of me and that something is the knowledge that what I’m doing isn’t quite what I should be doing. I feel restless and on edge.

When I listen to that voice, I jump at opportunities, I follow my heart and open it up to the moment. I smile and laugh and feel joy all the way to my bones. I do things that I never thought I could, I live with a courageous heart.

So I choose to listen.

And I am living happily ever after.

Jenn Gibson believes in dreaming big : she’s the creator of roots of she. She loves yoga and the beach, is a photographer & writer, and isn’t above stealing snuggles from Bean the Boy Kitten. Daily parts of her life are paper journaling, talking to her dear sweet momma & sky-gazing.

I am so thrilled be a teacher in LifeBook 2018!

Find me in these gorgeous books